Saturday was essentially the first of my two walking days, but I did have a method to my madness. In the course of doing my research, I noticed that museums generally were closed on Mondays and Tuesdays, aka my last days in the city. Thus, I wanted to be sure I was able to see everything I had set out to see. Of course, this included the Bunker Museum, so there was a sense of urgency involved.

After steeling myself (aka lying in bed watching a ton of Russian comedy and drama shows in the morning) for the day’s walking, I set out, determined to get to the Bunker Museum during its operating hours. No worries, if I left during the late morning, I’d have more than enough time. Of course, getting there was the biggest challenge. You see, the museum is in the midst of a small residential area behind one of the main roads, so finding it was trickier than I’d ever thought. Granted, the Germans didn’t think of the future repercussions of building a bunker where tourists would struggle to find it, but given how prominently it was billed for tourism, you’d have thought it’d be well marked. After an unexpected detour of sorts, where I ran into a statue of the legendary T-34 tank, in a neighborhood no less, I eventually navigated my way to the museum.

The museum itself is naturally rather small, and one can go through it in a mere thirty minutes. That being said, it was pretty neat seeing the signs about the battle fought to wrestle control over the city. When walking in and out of the confined space, I was immediately transported to World War 2 and life as a besieged German army officer. Of course, the visuals presented did enhance that vision, which does attest to the curators’ skills. On the other hand, it was a bit hard to understand things, given how my Russian sadly isn’t that advanced combined with the lack of an available audio guide in English or German. So, future visitors be warned that this does hamper your visit.

After that, I decided to explore more since I didn’t want to walk thirty minutes back to my hotel. On the maps provided by my excellent hotel, I noticed that there were some further monuments/statues to be seen. As I made my way past Victory Square to the southwest of the center, I noticed a monument of sorts by the road. As you can see in the pictures, it was super subdued in that nobody really paid attention to it, which was pretty sad to see. Across from it was a memorial to what I believe was “the liquidators of nuclear disasters”, but as I wasn’t quite sure what disaster(s), I’m going to assume it’s related to Chernobyl. Further along the road was the Astronomical Bastion, which was a bit underwhelming considering the might of the other ones dispersed along Kaliningrad. Though after looking at my guides again, this one didn’t see any combat, so I guess this location was intentional. If you weren’t tired of seeing memorials, just past the bastion was a poignant memorial to the Russian troops of World War I. For some reason, I was unexpectedly moved by this one, so I spent some time in contemplative, reflective thought. Before I mention Victory Park, I should note that this district was noticeably quieter and greener, albeit without many houses around. Immediately as you cross the bridge past the bastion/WWI monument, the first thing you see is the memorial to the fallen soldiers, with the eternal flame burning bright in their everlasting honor. Once you get in, you see the classy memorial to the lads who helped take the city from the Germans. I didn’t take a picture of it out of respect, but for friends back home, imagine a much smaller Vietnam War memorial in D.C. and you’ll have an idea of what it was like. For the second time in less than half an hour I felt compelled to sit down and reflect on what I saw before me. As I’ve said so many times before, travel humbles you like no other, and this was no exception.

After spending time in the park, it was time to move on. In the course of doing my research for my trip, I noticed that there was a statue dedicated to the infamous (and fake) Baron Munchausen, so naturally I had to check it out. To say I went out of my way to take a single picture of it would be correct, as I easily walked a few miles to get there. Thankfully, it was located in the Central Park of Culture and Leisure, which was a treat in and of itself! Sadly for the dear reader, I opted not take pictures because, well, parks kinda get the same after a while. From said park, I was able to easily make it to the gorgeous Amalienau district, which arguably was the most European part of the city. Seriously. I had to remind myself that yes, you were still technically in the Russian Federation-the change was that pronounced. The houses there were nicer than some back home even! If you look at the pictures, I’m sure you’d agree with the assessment that if you blindfolded somebody and removed all traces of Cyrillic, you genuinely could dupe someone into thinking they were in, say, Germany (obvious comparison, I know; bear with me) or Belgium. Gosh, I’m getting nostalgic for it already!

Finally, it was time for me to head back to my hotel after a long day of walking. Whomever designed the layout of the city, whether you’re German or Soviet and/or Russian, bless you for making it easy for an American tourist with no regard for his knees to catch all these wonderful sites.

By the side of the road, I believe this was a tribute to the Soviet troops who fell in the course of taking the city. 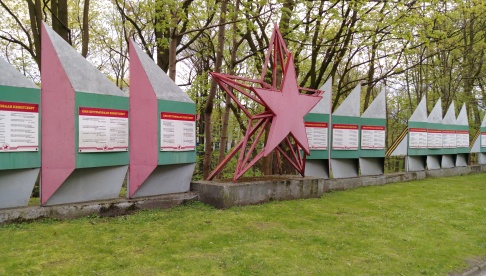 One of the many bastions around the city: the Astronomical Bastion.

The Heroes of the First World War monument.

The infamous Baron Munchausen statue. I literally trekked halfway across the city to take a picture of this bad boy. Was it worth it? That’s debatable. 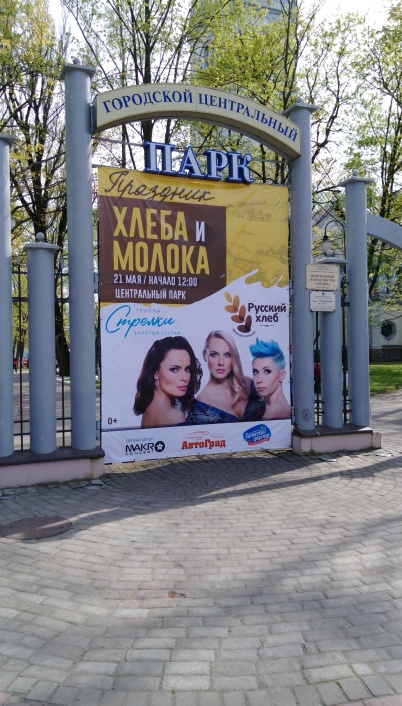 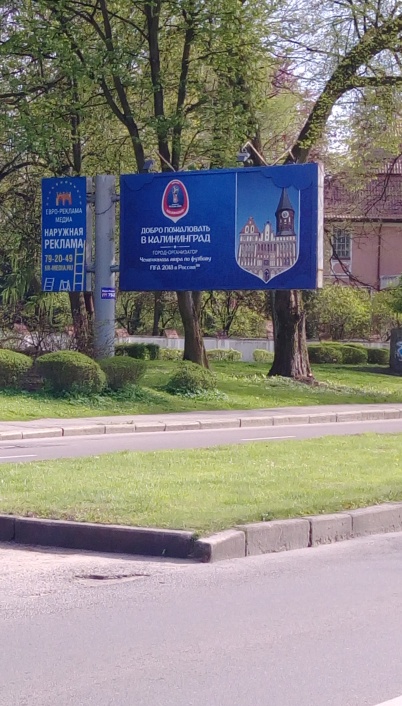 The amazing aesthetics of Amalienau district.

Yep, I had to pinch myself as a reminder I was still in Russia.

Russia or mainland Europe? You decide. 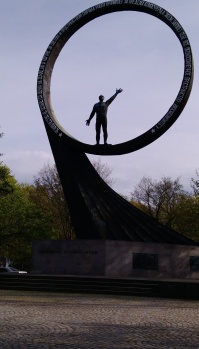 This statue is dedicated to the cosmonauts.