I’ll admit that as nice as Montenegro is, there’s not too much to do at this point. Seeing as how I’ve done quite a bit already, I’ve had to look outside the box. Hence today’s trip to neighboring Dubrovnik. The beauty of the Balkans is that they’re readily accessible, and the trip was three hours* by bus.

(*not including the one hour of border control)

It’s been a longstanding goal of mine to make it out to Croatia, and my overall trip has really given me that chance. I mean, my bus ticket there costed a mere €20, which is a bargain. Plus, I got to experience more of the wonderful Montenegrin countryside, which as I’ve repeatedly said, is gorgeous. The ride itself wasn’t bad, but the border control took a while; coming back was an entirely different beast, as that time around it was far quicker. What this entailed was stepping out twice from the bus and presenting your passport. Why we had to do it twice in a span of ten minutes, I dunno. It wasn’t bad by any means, but time consuming. The main holdup was that there was a solid line ahead of us, so we had to wait for another 45-50 minutes. Thankfully I knew about this being lengthy due to talking with fellow guests at my hostel, so I brought my Kindle to pass the time. Most travelers we saw were Montengrins making a quick trip or Croats returning home, but I did notice an Albanian driver get pulled over for a substantial amount of time; I guess the border police are watching out for Albanian smugglers, hence their undivided attention today. After clearing through customs, everybody’s favorite coastal Croatian city, Dubrovnik, was less than an hour’s drive away.

As the bus entered the outskirts, you were hit by how damn spectacular Dubrovnik is. Fantastically blue water was your first sign that you’re close by, and then the ubiquitous orange rooftops reinforced that fact. In terms of a fantasy setting, it was obvious why HBO picked the city as a vital filming location for Game of Thrones! Once we arrived, we were dropped off ath the bus station, which conveniently was in the port with all the cruise ships. I then hired a taxi to take me into the fabled Old Town, and I got to see a fairly sprawling city; as much stick it gets for being overly touristy, it was nice to see plenty of locals and non-touristy parts. Practically as soon as I had stepped out of the cab, I spotted a panoramic tour being offered. Things were kinda hectic outside of the gates of the Old Town, but just picture throngs of locals and tourists alike, trying to figure out where’d they go and what’d they do. Guess that little booth was strategically placed, cause you couldn’t fail to notice it! I concede to harboring some buyer’s remorse after I paid the guys, because I thought that I’d miss out on seeing the sights of the old city. However, I did get some killer pictures (before my camera conked out halfway through the tour) as well as realizing that I probably could have strolled around and saw the same things anyways. Anyways, I digress. Our first stop was at the top of a hill just outside the city, where we were treated to a gorgeous view! We weren’t alone, as there was the peak of the city’s cable car, plus the War Museum. Our driver cum guide informed us that the Serb forces used the mountain as a place to shell the city during the Yugloslav Wars, hence the presence of the museum and a memorial to the Croat fighters. Oh yeah, I forgot to mention this, but in order to get to that point, we drove through a village that was destroyed by the Yuogslav Army, the JLA. It was sombering to see the remnants, as it attested to the zero sum game that was the war. Moving on, our second stop was the bridge that led into the city. Completed in 2005, it was aesthetically pleasing, and thus we soaked in yet another brilliant view of it and the bay. In short, it was the wrong time for my camera to go on strike. I also happened to notice a sign for bungee jumping from this bridge, and I really wish I could have partaken in that. Our last stop was Europe’s smallest lake-it was a mere thirty meters long. However, the water was pristine and we saw an abundance of fish. As a matter of fact, there was a bottling company who set up shop there because of the high quality. The tour ended after this, and while it was only an hour and a half, I genuinely felt that I got my money’s worth.

I had a few more hours to kill befor catching a bus back to Kotor, so I decided to stroll around town and pick up some souvenirs. I’ve never seen a place tie their marketing/branding as much as Dubrovnik has with Game of Thrones, but it was oddly endearing. I mean, there were shops whose inventory consisted of 50% of GoT-related items, and there even was one that only sold those products! (I admit to paying 30 kuna to have my picture taken at that one, so I’m not entirely free of fault here. In my defense it was pretty legit.) Hell, even the signage went out of their way to steer you to those stores. After walking around a bit, I made it a priority to check out the War Photo exhibition. Tucked away in a side street, it was a collection of highly moving photography based on war and conflict. In this case, the Gaza Strip and Bosnia and Croatia during the two wars. You hear about the tragedies that occur, but this was especially heart wrenching to see; there were pamphlets explains the context for each picture, which further hammered home what you were seeing. As I was moving from picture to picture, I heard fellow visitors voice their angst at the state of the world for letting this happen. Honestly, this exhibiting was criminally underrated, because it forced you to dwell on your situation compared to others around the world. The last part in the very last room was an anthology of other pictures from elsewhere in the world, with a slight skew to Africa and India. Again, this was something any visitor to Dubrovnik should head to. I cannot state enough how thoroughly thought provoking it was, and it hits home.

When all is said and done, I had a great afternoon in Croatia. It was short, but Im happy I chose to maximize my trip by doing a day trip-it’s gotten me invigorated and planning to visit Albania. Thankfully, I still have two more days on this trip to explore! Hvala, Croatia! 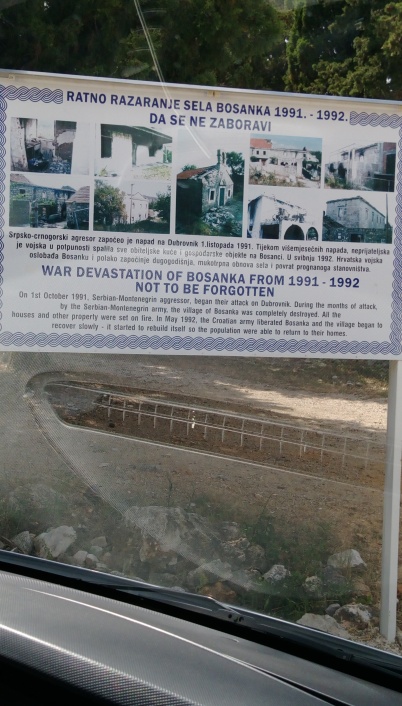 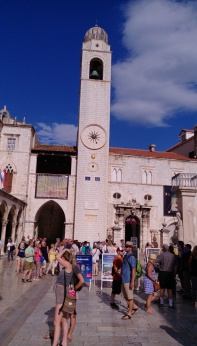 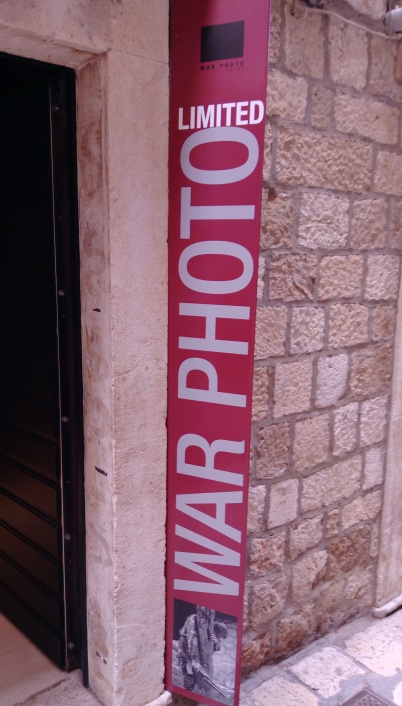