Moving further south for the last new city on our itinerary, Tainan awaited us. Our sixth full day marked the southernmost point of our trip-Tainan. Arriving around noon, we immediately had a conundrum: either lug our backpacks/suitcases with us while we pursued lunch or to make an extra stop to our Airbnb. At the time, I voted to carry our stuff while mom wanted to make a quick pit stop; my brother cast the decisive vote in favor of heading there. This turned out to work in our favor, as this particular one was situated in an incredibly posh apartment complex. I mean, there was security and doors you had to swipe your key in to enter. We had to wait a bit to see what the actual rooms looked like since we had to wait for our host, Rebecca, to meet us in the lobby, as she had the key/could prove we weren’t bums. It took maybe a few extra minutes, but she arrived and took us up to the 24th floor. I’m only mentioning this because while the apartment was modern and comfy, the decor was that of the show The Powerpuff Girls. Of all things that I could have expected, that was not it. All we had time to do before heading back out (as Rebecca would give us a ride; she had to meet someone else hence we kind of hurried) was to pick our rooms, and mine was one with the Japanese-style bed. Hey, it was a single room and relatively spacious. As it turned out, any fears of it being difficult to sleep on were non-existent since I enjoyed some of my best sleep on the trip there.

A quick ten minute drive into the city took us smack dab in front of a little market place, and Rebecca was going around ordering for us. In a way we had a mini guide, as she was telling my mom the good and bad places to eat at. After she finished ordering for us, we sat down to have some incredible fish soup at one stall then some (as per the norm) incredible noodles, washed down with fresh lemonade. Welcome to Tainan, eh! After sufficiently gorging ourselves, we decided to walk to the Confucius temple, partially because it was on our list but also to combat the effects of our meal. Unfortunately the construction limited the possibilities to tour the admittedly small premises, but what we saw was pretty fascinating. The place was pretty vanilla in regards to decor, but there were trinkets and reminders of the Confucian heritage: costumes worn by officials, bells for ceremonies, instruments, and other miscellaneous statues were all on display. Being honest here, there wasn’t a ton to see, but I could get a glimpse at the simplicity of Confucianism and why it was appealing.

Now, nighttime brought us back to the same little stretch of road we visited earlier, by complete accident. You see, we were trying to find some smaller sit-down places to eat at, but we realized that we retraced our steps when our taxi passed by the same temple. Whoops. Things turned out fine in the end as we walked a bit longer to a seemingly nondescript restaurant that Rebecca gave her stamp of quality. Literally, there wasn’t any signage for the place, so it was pretty darn local as it comes! Right away there were two positive signs: lots of happy patrons and no menu. As Tainan is ridiculously close to the sea, the seafood we had was literally the morning’s catch, much to our delight. It’s hard to adequately describe the richness of the food, but what we had was eel, snails (they’re good, don’t worry), oysters, and fried rice washed down with the local Taiwan Beer. I’ve missed seafood like this, and I’m still dreaming about this meal. God bless! 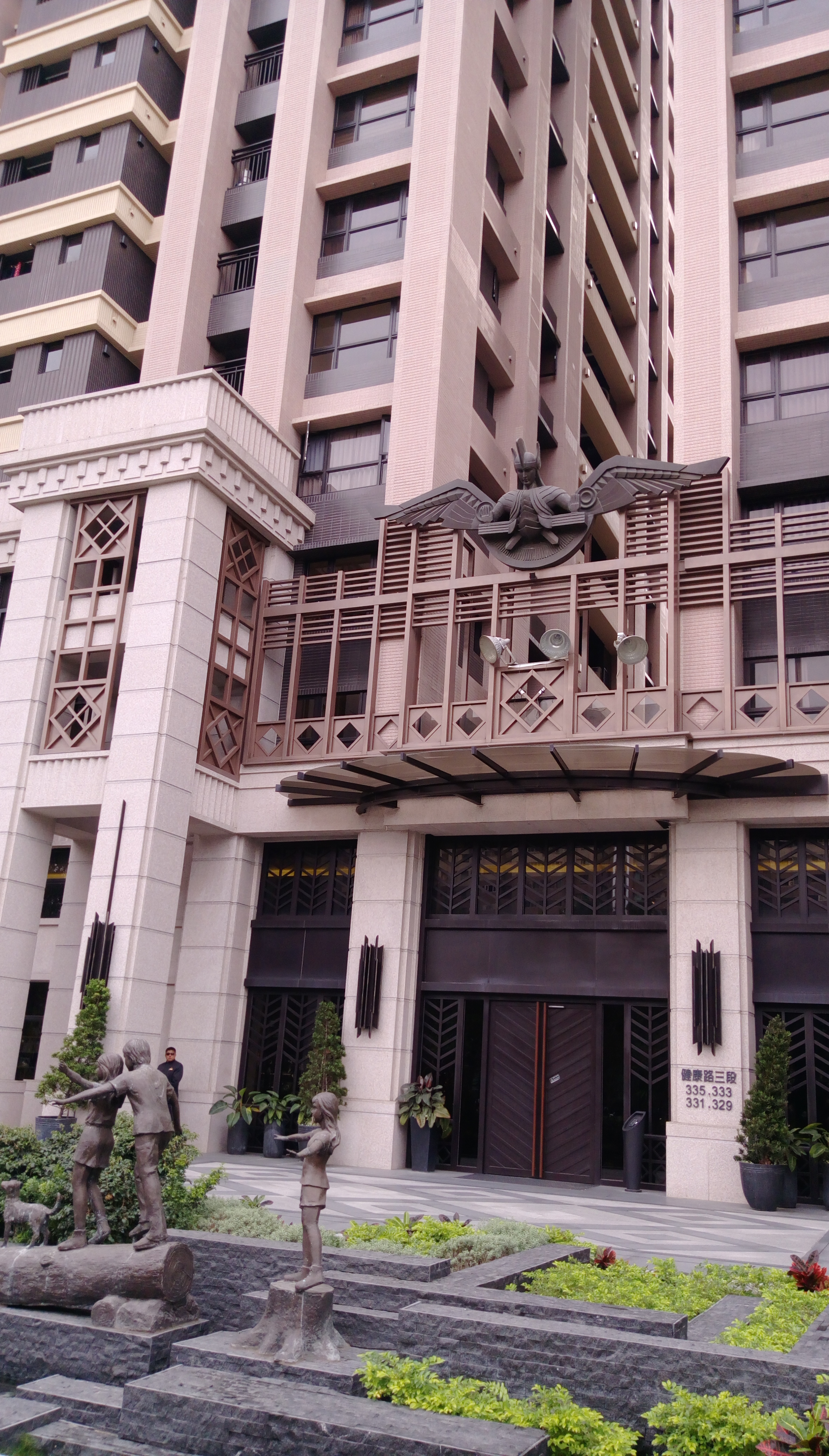 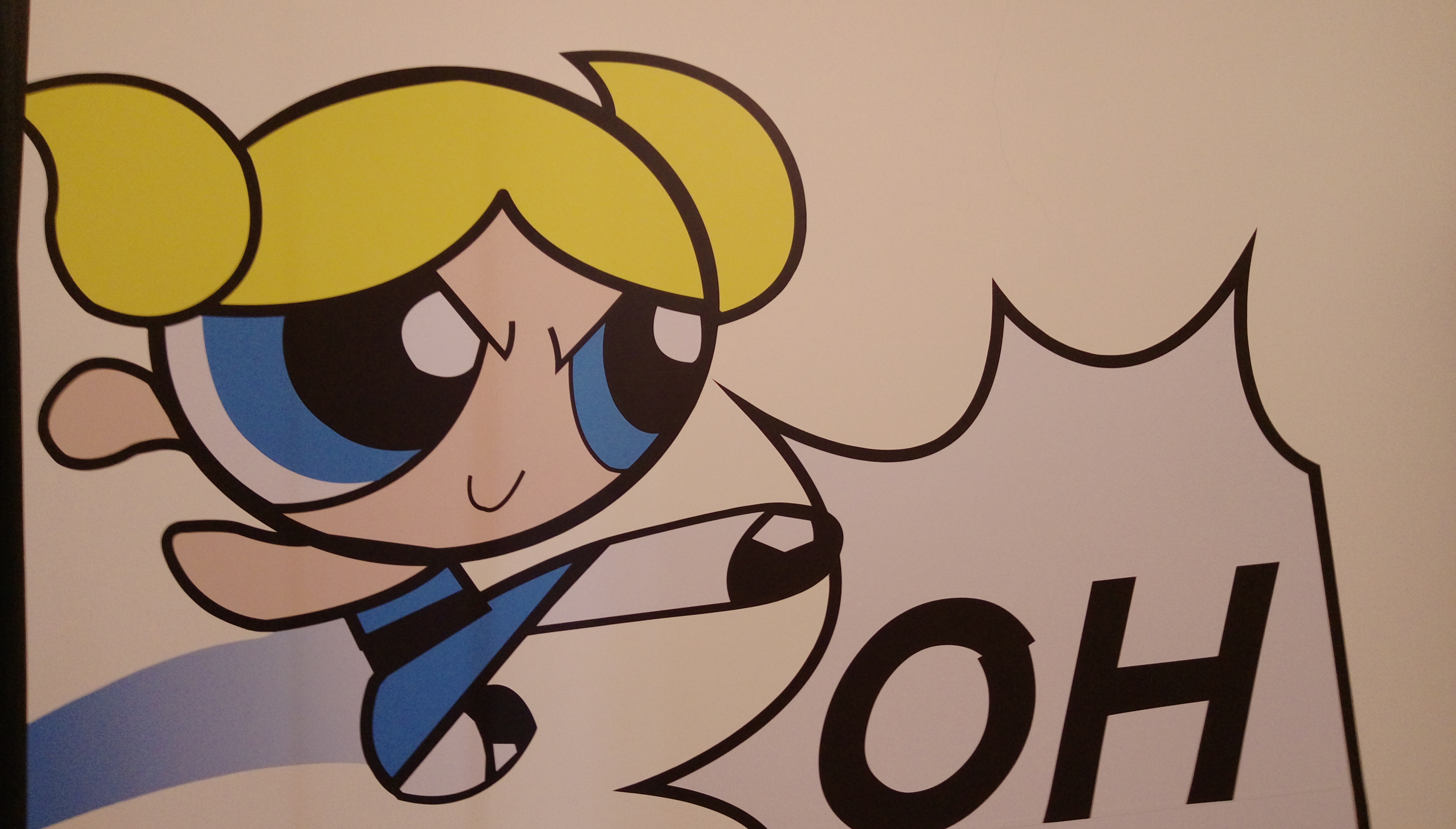 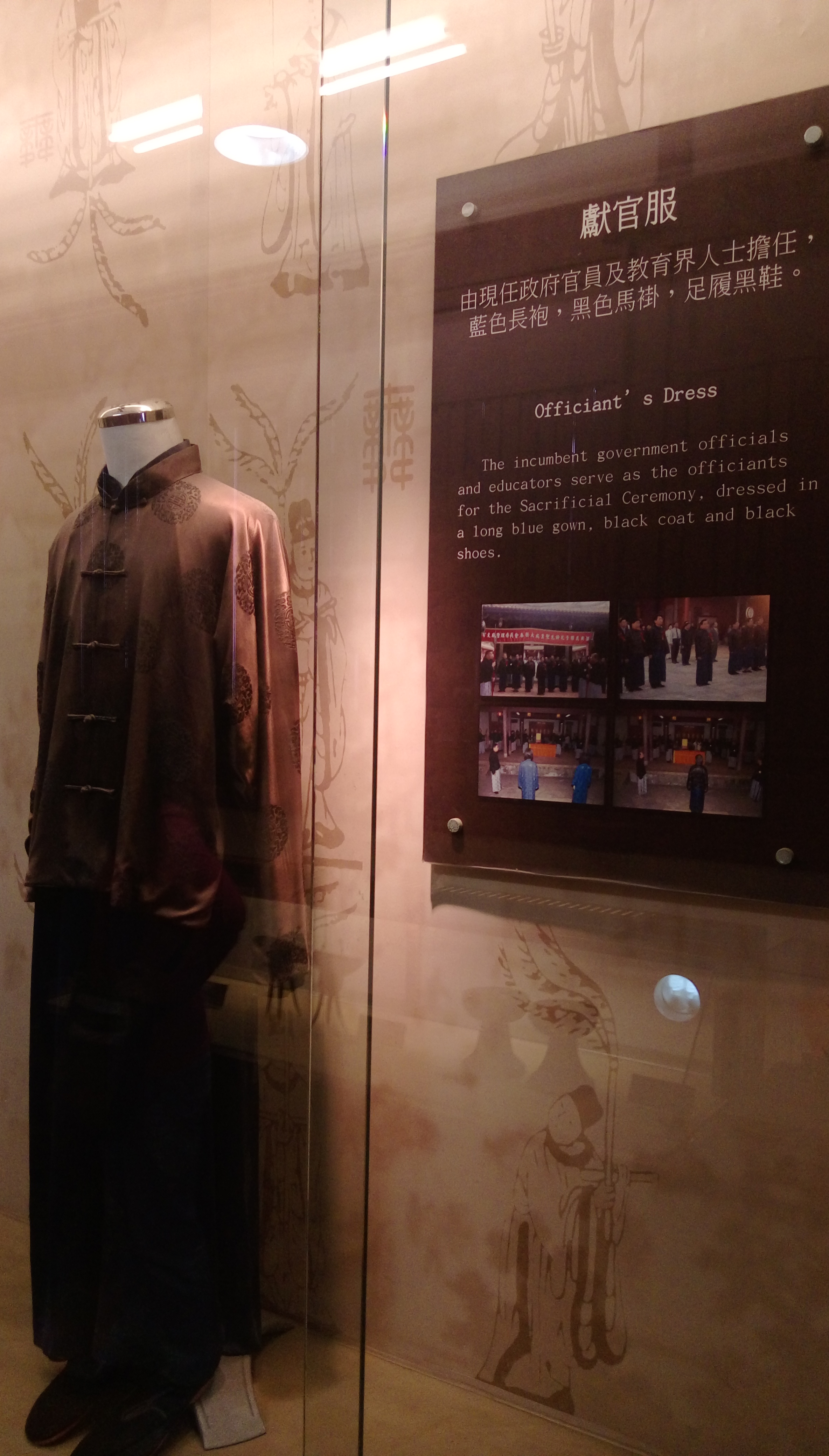 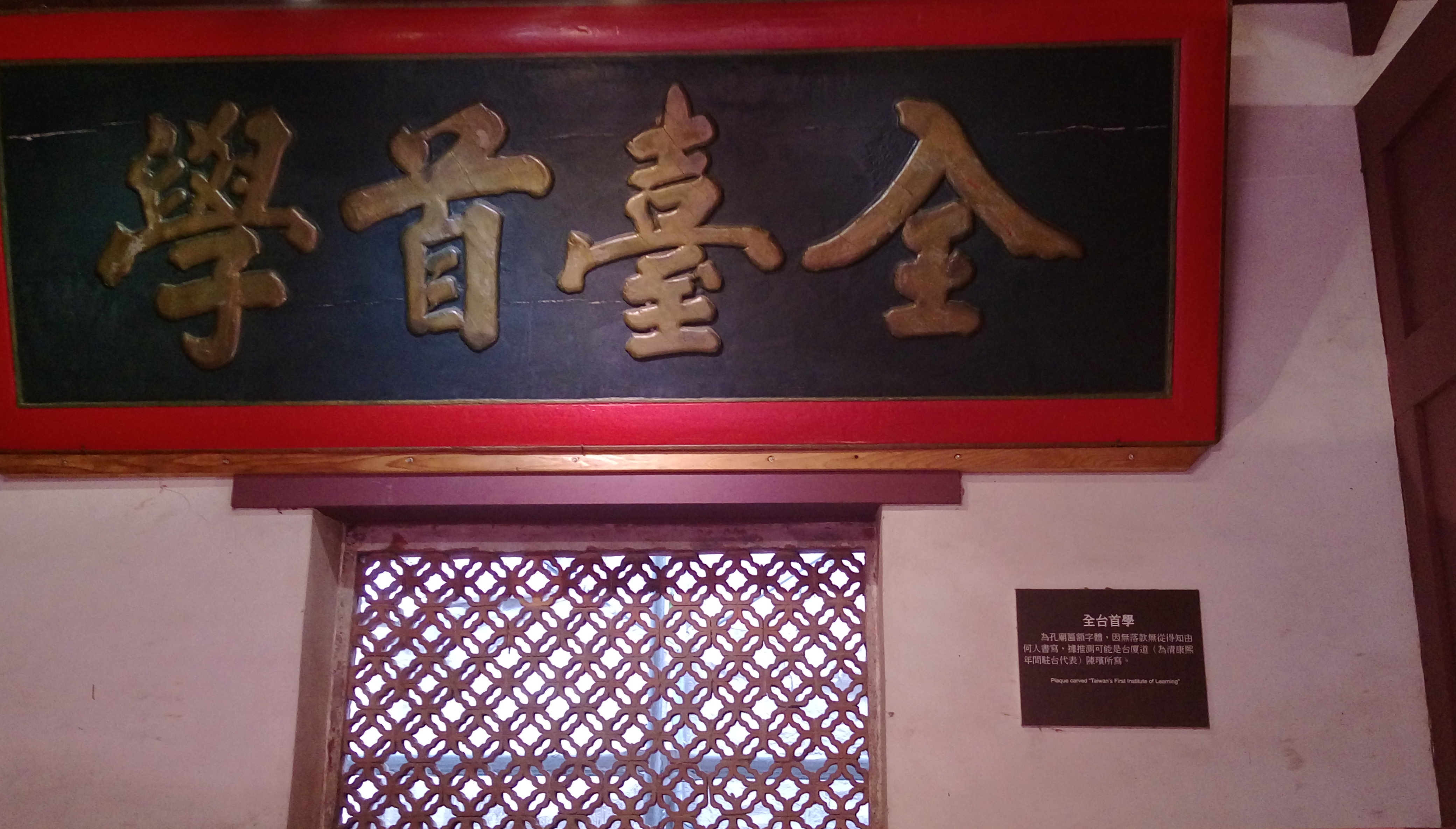 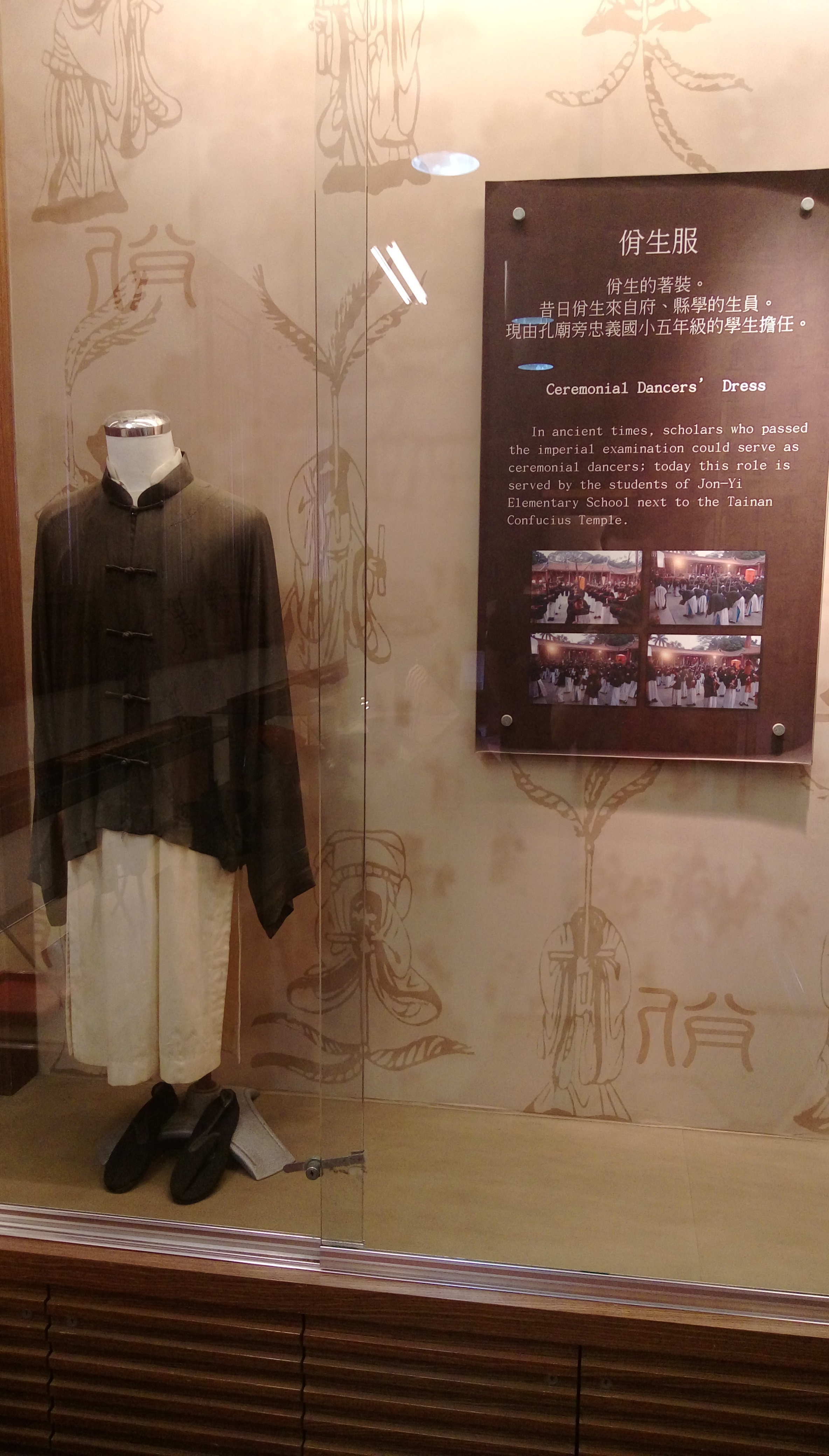 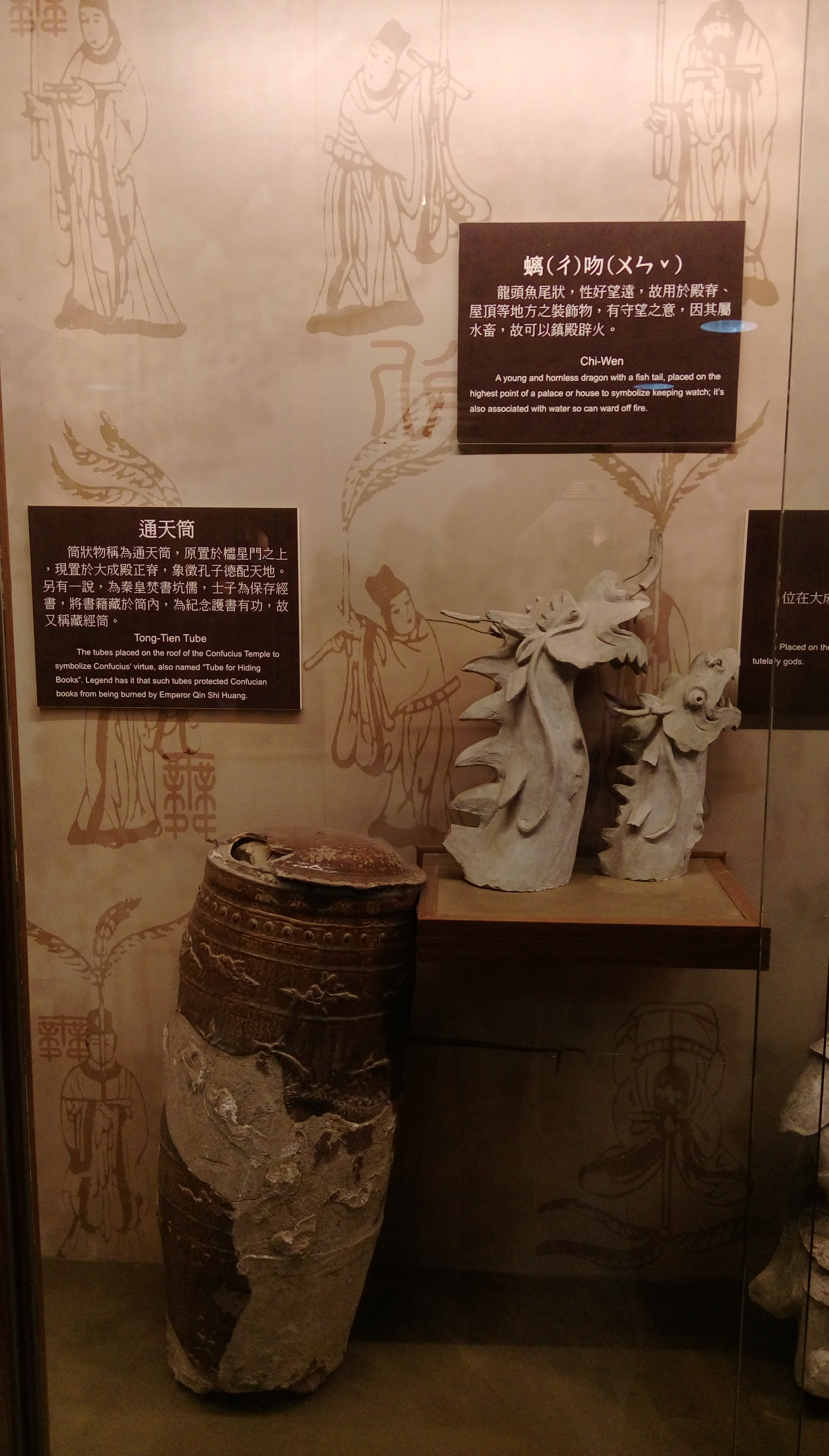 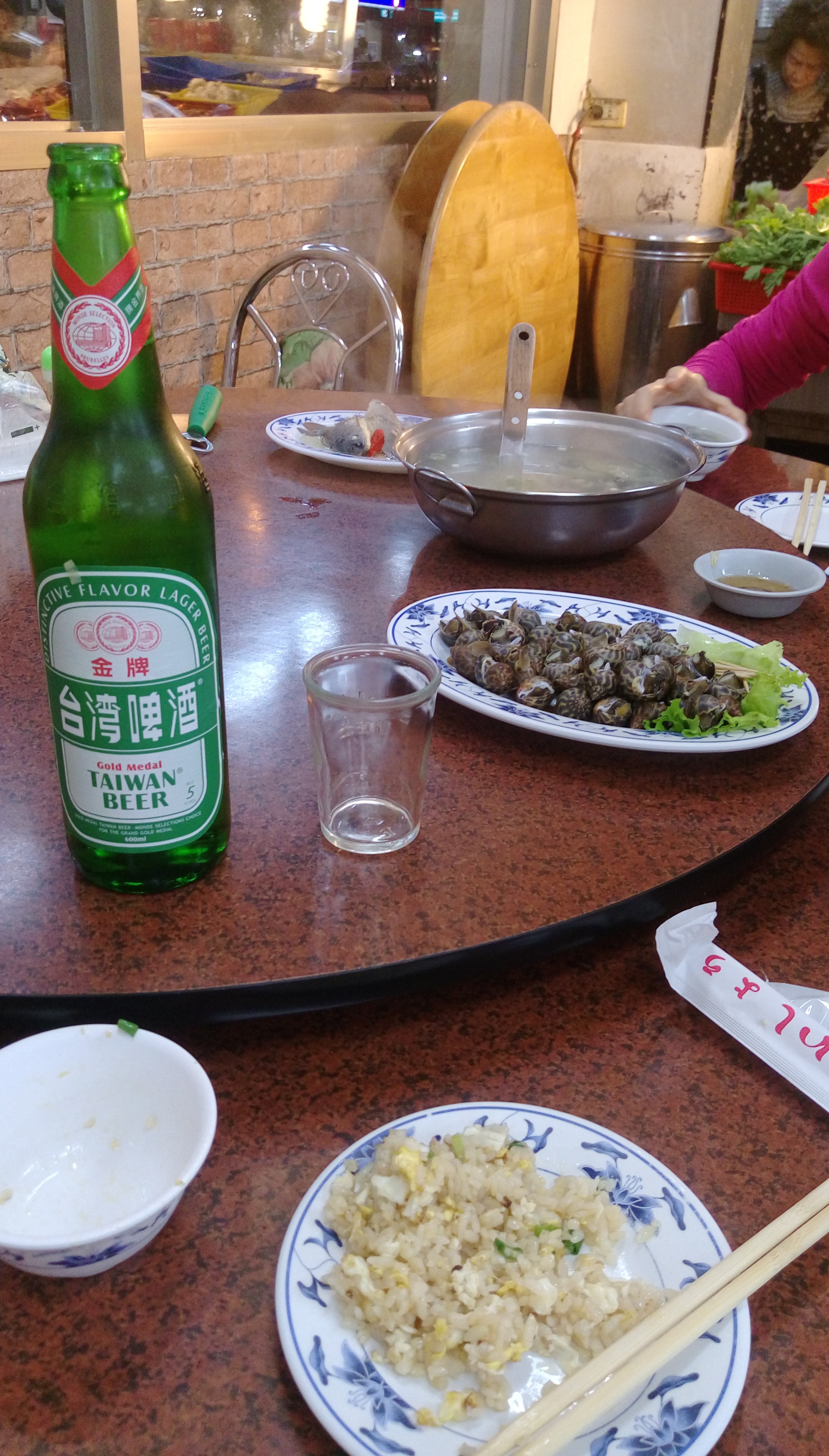